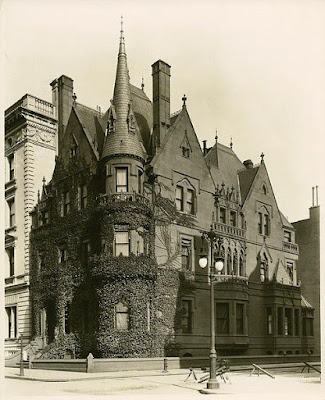 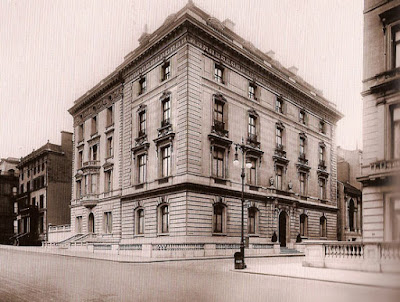 The second George Gould Townhouse designed by Horace Trumbauer in 1906, which replaced the previous one which had become out of fashion and too small. This house later became the home of Alice Vanderbilt after downsizing from her enormous townhouse at 57th street, which is now the site of the Bergdorf Goodman department store.

It is rather ironic that while Alice never welcomed the Goulds into her home, eventually ended up living in theirs. The Gould town house lasted till the late 1950's being replaced by the apartment building called 857 Fifth Avenue.

George Gould was the son of Jay Gould, the Railroad Tycoon and an arch enemy of Commodore Cornelius Vanderbilt. The Commodre's grandchildren, after winning over New York Society, prevented Jay Gould's children from getting into the inner sanctums of Mrs. Astor's 400, due to Jay Gould's rivalry with the Commodore. 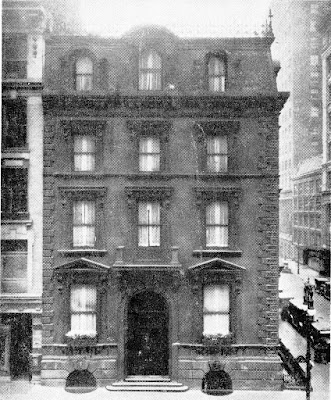 
His country house was Lyndhurst in Tarrytown, New York. 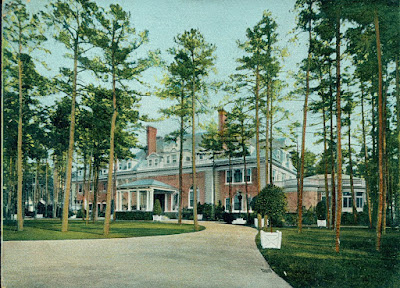 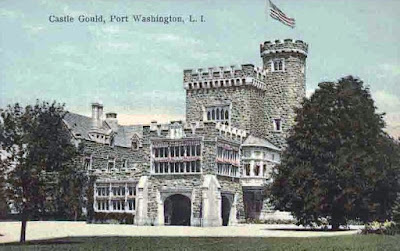 Hempstead House as it is now known, was sold to the Guggenheim Family shortly after Gould completed it and remained in the Guggenheim family for many years, before it became the Sand's Point Preserve and is open to the public.

To read more about the George Gould townhouse and for interiors and floor plans get Michael Kathrens wonderful book, " Great Houses of New York, Acanthus Press. 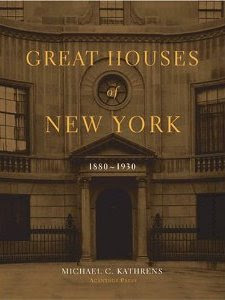 Posted by Gary Lawrance at 3:03 PM

I have always found the Goulds to be a most interesting lot-love the way patriarch Jay made the children recite a bible verse during dinner, talk about discipline!
Loved Lyndhurst even though Gothic Revival is not exactly my forte but I can certainly respect it.
Great post on the Goulds and their lovely homes, you truly have to love the Gilded Age, cheers.

That is a GREAT picture of Grand Army Plaza and 1W57th.