Beaulieu is an elegant villa from the very earliest days of Newport's golden era.

During its early years it was rented to the famous Mrs. Potter Palmer of Chicago.
Here is a little story of her accounts about unusual happenings while she stayed there.
Mrs. Potter Palmer, [in 1899] it is said always felt a shiver as she went through the big dark front hall, after the guests have gone. Every door opening out of it had to be locked at night, as well as every door that she passed on the way up to her sleeping room
For noises were heard at night light the rustle of silken shirts, as if the unbidden guest of the past were passing in and out the rooms and halls and opening and closing doors.
The climax came one night soon after the Grant wedding, when Butler White was putting out the lights on the lower floor.
In half darkness, he saw an apparition, in white ball costume, with a Spanish mantilla thrown over her heard, as if she had stepped from a heated ball rooms out upon the lawn and been suddenly chilled the night air and mist flowing in from the sea.
The figure in white glided in through the closed doors, swept past the terrified butler, with a silken rustle and passed up the broad staircase. The backward glance given as she ascended the stairs, while the mantilla fell from her heard, revealed a face of a dark Spanish beauty. That much Butler White saw, then fell prostrated on the hall floor.
Two footmen, hearing his fall, rushed up from the basement and picked up the butler. They said he looked like a dead man as he lay there with arms wide outstretched, hands clenched, and white, set face upturned with wide open, but apparently sightless eyes staring at the ceiling.
The next morning, when the butler had fully recovered his senses, he declared that nothing would induce him to stay another day in the house. He did stay the rest of the season. But ever after that when he was in the front hall two footman were always with him, either day or night, one stationed behind each of the two tall bay trees that flanked the entrance to the staircase.
(The Marlboro Democrat – 9-1-1904 - Bennettsville, S.C.

Robert King is the author of 3 books on Gilded Age Mansions of which I have all of them and highly recommend them also. 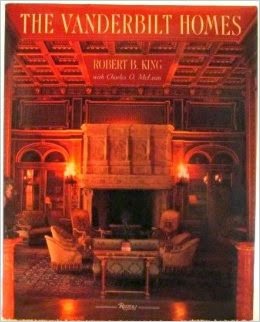 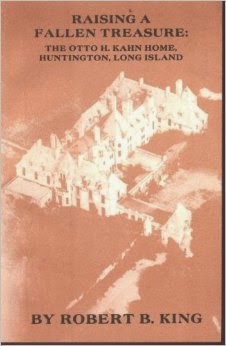 Posted by Gary Lawrance at 8:43 PM