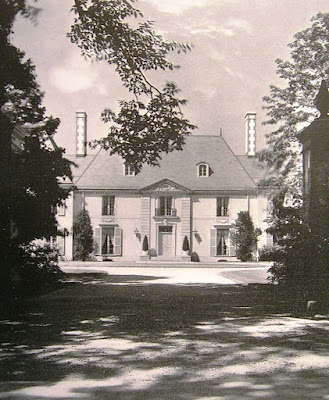 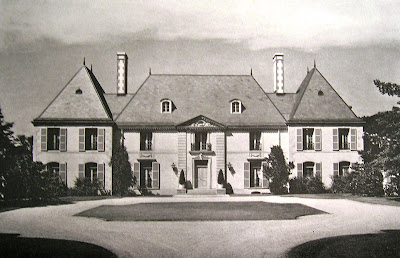 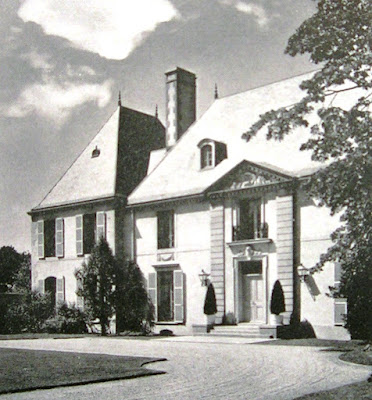 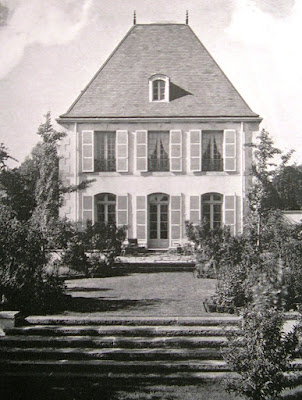 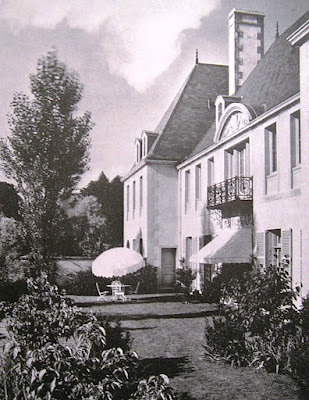 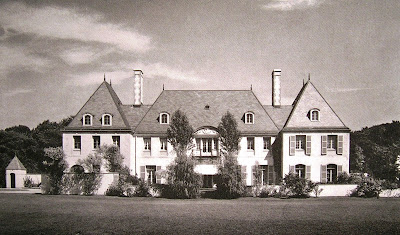 Champ Soleil, located on Bellevue Avenue, Newport's most fashionable street was  built in 1929 for Lucy Drexel Dahlgren and is one of the last great houses to be erected towards the end of Newport's golden age. Lucy Drexel Dahlgren was the granddaughter of Joseph W. Drexel, of Drexel & Company, Philadelphia. The 1929 home was designed by the prominent architectural firm of Polhemus & Coffin and was inspired by the hunting lodge at Versailles called La Lanterne.
The second owner was Roberta & Robert Goelet, who had the house enlarged and decorated by the famed french decorating firm Maison Jansen. The estate was later owned by Russell B. Aitken and his wife Annie Laurie Aitken. Mrs. Aitken was the mother of Martha "Sunny" Von Bulow , who had  a home down the avenue named Clarendon Court. Clarendon Court unfortunately received much attention during the 1980s when Sunny fell into a coma at the house, which lead to a sensational court case evolving around her husband, Claus Von Bulow.

Click HERE  and go to page 145 to read  and see more photographs of  the house during the Goelet ownership in "Jansen", by James Archer Abbott, Acanthus Press 2006

Links to more on Champ Soleil
Things That Inspire

Excellent post about Champ Soleil! If anyone is intrested in additional work from Polhemus & Coffin AIA, please come visit the Flickr.com profile I've set up.

Apparently there is growing debate [on the interwebs] as to the true inspiration for the design of Champ Soleil. I'd say some of the most ardent positions taken in the debate suggest that while one could derive similarities to La Lanterne's design, that the similarities essentially end with typical French Manor vernacular, as well as some rudimentary structural elements and not-so-subtle differences.

I suppose you have to be a true lover of architecture and especially residential styles with european origin to debate on such a granular level. My hat is certainly off to those who enjoy such engagement.

I have no specific knowledge about whether or not the design for Champ Soleil is specifically derived from La Lanterne, unfortunately. However, I can offer that given my in-depth research and study of the firm, Polhemus & Coffin, it is quite obvious their love and passion for French country, cottage, manor and châteaux architectural style no doubt fueled the creative fire predominantly throughout their tenure.

I would say their trip to Normandy in 1920 to research and document various specimens for the book subsequently published in 1921: Small French Buildings, played an enormous role in the creative direction for the firm.

Quite a bit of blood sweat and tears went into producing this book, which is clearly a documentation of what seems to have been the genesis of the firm's signature style. Not to mention, as well, the role the firm played in the popularity of French Revivalist architecture in the Northeast.

When I saw this house a few years ago, on a business trip to Newport, I was truly mesmerized (of course, I only saw it fron the street - it is a private residence). Its beauty and beautiful proportions are a testament to the enduring legacy of classic architectural design!